Nostalgia is a curious affection.

Final Fantasy VII was the first game I ever truly completed  – the story, the graphics, and of course the soundtrack came together in such a way that made me want to get every character’s best weapon and Limit Break (okay, maybe not Aeris’s). As such, when I play it nowadays, there are no surprises left. I know where I’m going; I know what will happen when I get there.

However, that doesn’t make it a less enjoyable experience by any means. I don’t know whether it’s because of or in spite of the predictability or the familiarity, but I still love every minute of playing FFVII.

Maybe it’s because I remember fondly that at one point, nearly 15 years ago now, I didn’t always know where I was going, and I didn’t know what would happen when I eventually got there. But I loved it then, too.

Maybe it’s because we notice different things as we grow older, so even though we’re playing the same game, we’re experiencing it differently as we understand new plot points, character traits and even jokes.

Or maybe, just maybe, it’s because FFVII is such an amazing game that it doesn’t matter who plays it or when they play it – they will always have a great experience. 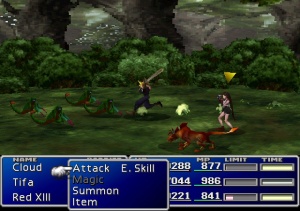 But nostalgia can work in some rather less pleasant ways.

The original PlayStation is my favourite games console of all time (it was also the first one I owned, which naturally gives it a large advantage). So to celebrate this fact, I bought a bunch of PSOne games that I remember enjoying in the late Nineties. Hmm.

Cool Boarders 2, Tekken 2, the original Tony Hawk’s Skateboarding, and, er, Actua Soccer 2 (among others). Perhaps it’s because I’ve since played sequels or similar games that have topped these, but I didn’t feel the same joy playing these titles again.

They were all great games – just look at the reviews at the time – but all I was left with after playing them was a feeling of disappointment and a sense that – shock – nostalgia had betrayed me – these games aren’t as good as I remembered them to be. Or maybe I just couldn’t remember how to do Yoshimitsu’s Suicide combos and gave up. One of the two.

Anyway, in preparation for some covers, I’ve decided to play through Final Fantasy IX again. For one reason or another, I didn’t really get into it when it first came out. Everyone I know loves it, and it’s always near or at the top of fans’ ‘best games’ lists, but it just didn’t suck me in like FFVII or even FFVIII.

Perhaps it was that I’d just recently finished FFVIII and was burnt out on Final Fantasy, or perhaps it’s because I was around 14/15 years old and my mind was drifting away from games and onto much more serious matters like professional wrestling and heavy metal. However, this time around, over ten years on, I’m finding it a joy to play.

I’m only early on in Disc 2, but I feel like I’ve been able to appreciate more of this game, and now understand why many consider it to be among their favourites, even at this early stage. In the past, my standard and slightly juvenile reply to an opinion such as this would be ‘What!? Have you even played VII? How in hell could you like IX more?’ 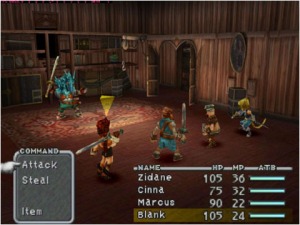 Perhaps it was just their first instalment of Final Fantasy – like the original PlayStation for me, what you like first is what you like the most, right? For every person like me who began with FFVII, there are those that began with VI, and as such believe it to be the best in the series. And, knowing the 14-year-old me, I would have probably argued against that fact, even though I hadn’t played it. Of course, thanks to the internet, this is now a common practice.

But thanks to a PSOne re-release and a European-only anthology (and maybe an emulator or two), I’ve played FFVI, V and IV fairly recently. All three are great games, and like IX, when someone opines that they’re among their favourite games of all time, I can understand where they’re coming from. When someone says that Cool Boarders 2 is their favourite game of all time, I have to wonder if they’ve played it recently.

I will never be able to share the same feeling that many got when playing FFIV, V, and VI for the first time – and, as such, I harbour no nostalgia for the titles – but because the games are just so good, it doesn’t matter. Even 20 years later, they still hold up. 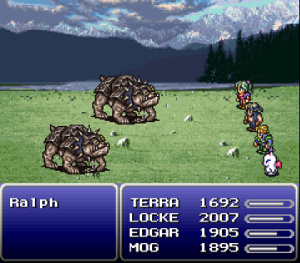 Who knows? In fifteen years’ time, I may begin playing FFIX again, spurred on by how much I loved it in 2012, rather than how much other people loved it in 2001. I sincerely hope it’s the former; although, considering the FF series’ pedigree, I think I may already know.

This entry was posted in Opinion. Bookmark the permalink.

3 Responses to Final Fantasy versus nostalgia